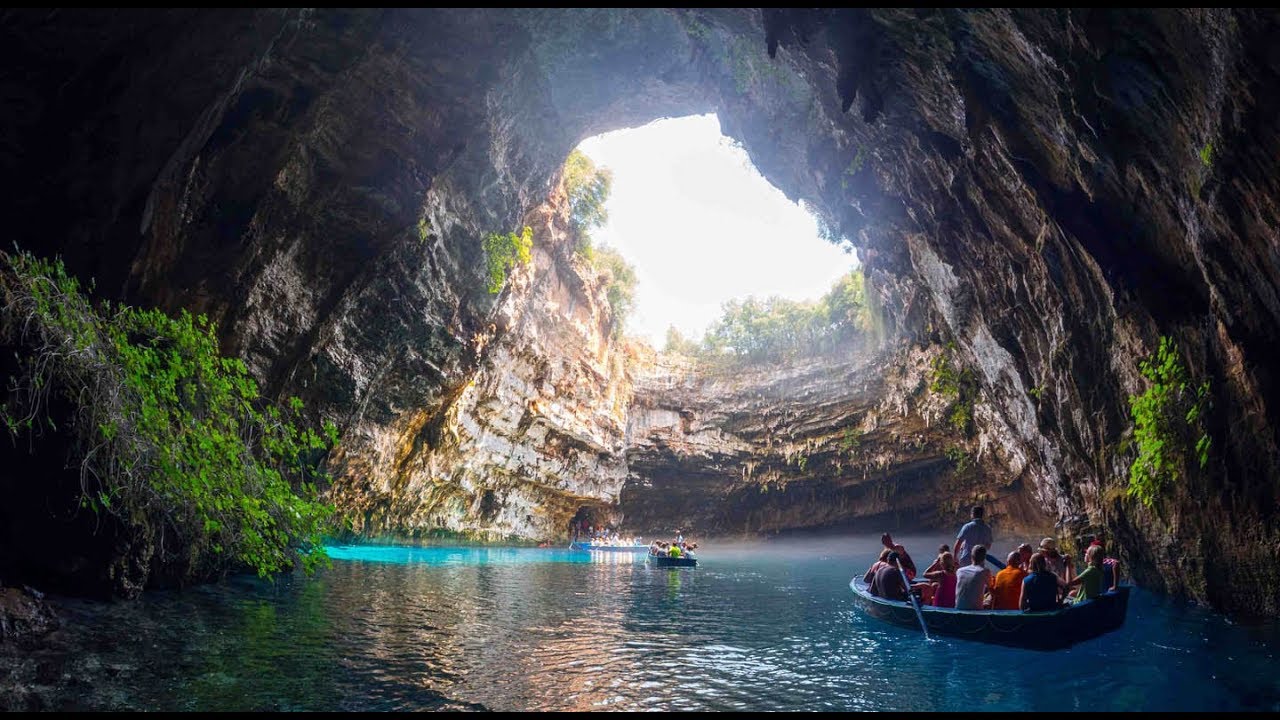 The cave of Melissani

According to mythology, caves have always been associated with the divine due to their enclosed beauty with the result that they were the most suitable places for religious ceremonies. Melissani has its own myths; the locals believe it is named after a shepherdess called Melisanthe who was looking for her lost sheep and fell into the lake and drowned. Another myth refers to the nymph Melissani who committed suicide in the Lake because Pan would not reciprocate her love. The dolphins are also associated with this myth, having been used by the nymph to carry messages to her beloved; they turned into stone in the cave after her demise. You can quite clearly see the shapes of dolphins in the stalactites within the cave.
The lake water is brackish, a mixture of sea water and sweet water. The cave is about 500m from the sea, and the water level is a meter higher than sea level, and the brackish water rises from a 30m deep cave system on one side of the cave and flows silently to the other end of the cave, flowing through narrow crevices into the sea. Here the water from Katavothres on the other side of the island reappears. This was discovered by dye tracing experiments in 1959.
The cavern, once two big chambers, caved in several thousand years ago. Today the cave has the shape of a B, with two big water filled halls and an island in the middle. The first hall has a big oval opening to the surface, where the sunlight shines in. When the sun is directly overhead, its rays strike the ultramarine water, lighting the cave with blue light.

A member of our staff is dedicated to your service on a 24-hour basis, responding effectively at the shortest notice.